Is Tattooing and Body Piercing a Sin? - Growing Deep and Strong skip to Main Content

Is Tattooing and Body Piercing a Sin? 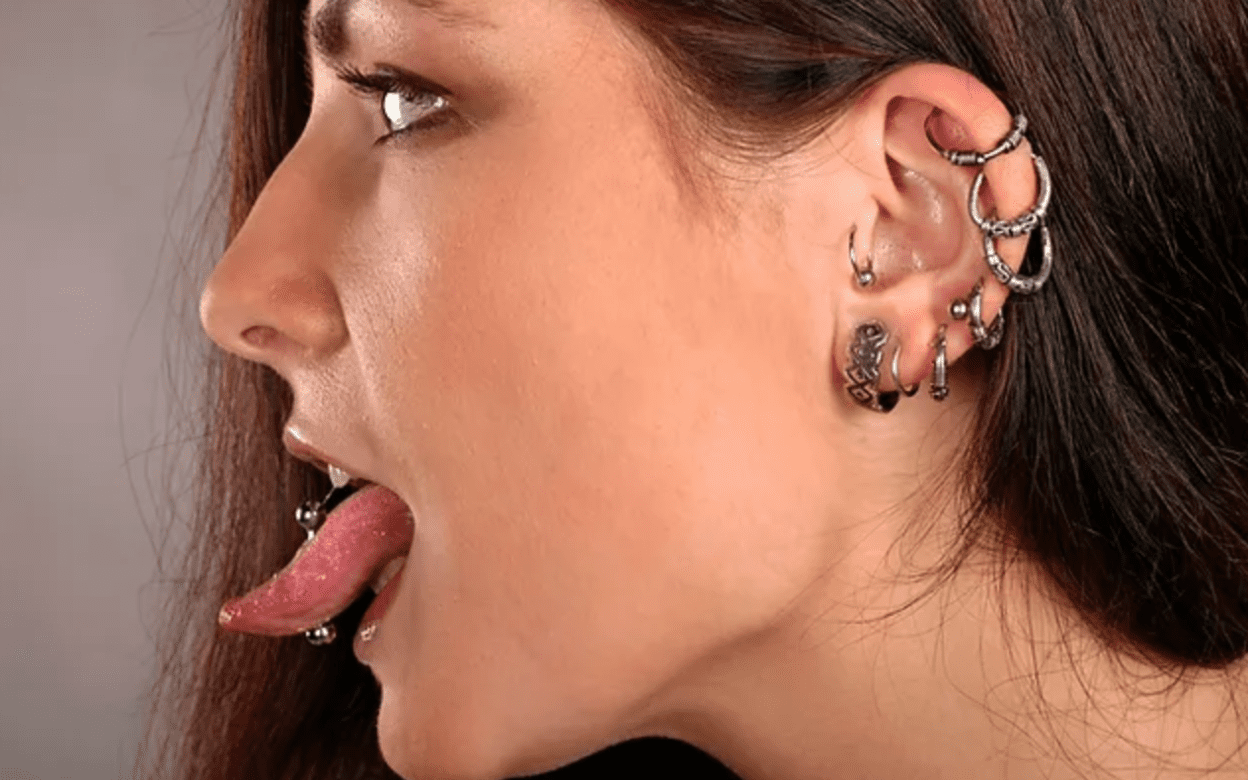 The simple answer is yes! Tattooing and body piercing is a sin. The Makers Handbook (The Bible) for Humans spells it out very clearly.

It is a form of witchcraft and becomes an open portal for the Kingdom of darkness and demonic forces access to the soul of a person and create a demonic stronghold in the person’s life.

Leviticus 19:28 states very clearly what God commands us to do.

“Never cut your bodies in mourning for the dead or mark your skin with tattoos, for I am the LORD.” NLT

This sounds strange! What has body piercing to do with witchcraft? Let’s take a walk through the Bible to help us understand this verse.

Who are we submitted to?

The Bible also refers to us as slaves or bondservants. Let’s look at what this word means from a Biblical point of view. We need to have a correct understanding of what it means to be a slave or bondservant.

We are all slaves to something, or to someone.

In the times of the Old Testament, when people of God, Israelites, got into debt, they would sell themselves into slavery to be able to pay off their debt. That debt was considered to be paid off after six years maximum, and in the seventh year the person was released as a free person.

In Exodus 21:5 & 6 there is an interesting regulation about some of these slaves. It says,

5 But the slave may plainly declare, ‘I love my master, my wife, and my children. I would rather not go free. 6 If he does this, his master must present him before God. Then his master must take him to the door and publicly pierce his ear with an awl. After that, the slave will belong to his master forever

This slave willingly submitted himself to serve his master for the rest of his life. As a clear indication of his submission, his ear was pierced. He was to submit to no one else from that time on. Ear piercing always indicated submission to someone.

When we understand the good things that God wants to give us, we become His willing slaves or bondservants, because we know that there is real freedom in serving Him.

It was very common for people of ancient times to wear earrings as amulets or charms, particularly showing their submission to the gods they worshipped and seeking protection from evil by the power of these gods.

They were often made in crescent shapes, (the moon) or disks, (the sun) or in animal shapes. The ears of these people were pierced so that they could wear these amulet rings, showing that they were submitted to these gods.

In Deuteronomy 12:29-32, Moses gives God’s command to His people prohibiting them from enquiring and following after the religious practices of the people in whose land they were settling.

29 “When the LORD your God destroys the nations and you drive them out and occupy their land, 30 do not be trapped into following their example in worshiping their gods. Do not say, ‘How do these nations worship their gods? I want to follow their example.’

31 You must not do this to the LORD your God. These nations have committed many detestable acts that the LORD hates, all in the name of their gods. They have even burned their sons and daughters as sacrifices to their gods. 32 Carefully obey all the commands I give you. Do not add to them or subtract from them. NLT

God’s people were not to take on the practices of the peoples around them, because they were an abomination to Him. That included piercing the body to wear amulets or charms.

Let’s have a look at just two references to these practices in the Bible, before we read what it commands about them.

Firstly, in Genesis 35, Jacob and his family are returning to the land of their inheritance. Here is part of the story in verses 2-4,

2 So Jacob told everyone in his household, “Destroy your idols, wash yourselves, and put on clean clothing. 3 We are now going to Bethel, where I will build an altar to the God who answered my prayers when I was in distress. He has stayed with me wherever I have gone.” 4 So they gave Jacob all their idols and their earrings, and he buried them beneath the tree near Shechem. NLT 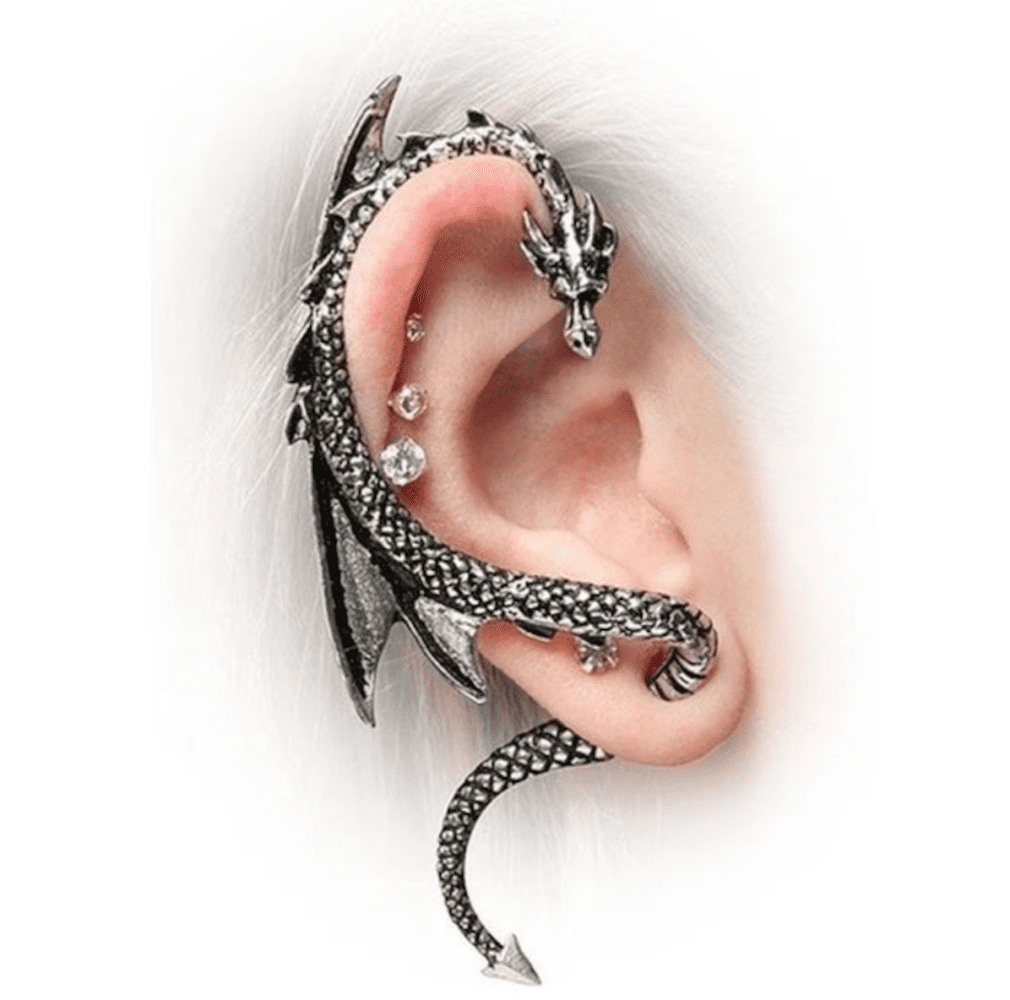 These earrings were gold charms that represented the foreign gods they once served and were of considerable value. But Jacob’s household had to make a choice if they were to serve the LORD. The gods and the earrings had to go.

In Exodus 32:2-4, we read that Israel began worshipping a golden calf as the god that had brought them out of Egypt. This is how it was made.

2 So Aaron said, “Tell your wives and sons and daughters to take off their gold earrings, and then bring them to me.”

3 All the people obeyed Aaron and brought him their gold earrings. 4 Then Aaron took the gold, melted it down, and moulded and tooled it into the shape of a calf. Th e people exclaimed, “O Israel, these are the gods who brought you out of Egypt!” NLT

The golden earrings, worn by the wives and sons and daughters of the Israelites, out of which the molten calf was made, were undoubtedly amulets or charms, most likely in the shape of the sun and moon.

There was no other use for them as Israel went into the wilderness but as protective charms. And the Bible tells us that Israel worshipped the host of heaven, rather than the LORD who had created them. This golden calf idol was made out of the very amulets and charms that came with them from Egypt.

It caused Israel to turn away from God and made Him angry at their sin. This has application to us today, because Egypt speaks of the bondage of the kingdom of Darkness from which God has delivered us, and piercing the ear to wear those charms belongs to the same kingdom.
Now let’s return to Leviticus 19:28. We read a very specific command to God’s people regarding piercing the body.

28 “Never cut your bodies in mourning for the dead or mark your skin with tattoos, for I am the LORD. NLT

In ancient times cutting and piercing the body was a very common practice as people mourned the dead, amongst other things. God prohibited that practice, because it carried with it distinctly pagan ideas, and God said that the people of Israel were His children.

In ancient times, body piercing was widely practised in the worship of pagan gods. Tattoos were also worn in honour of and as a mark of submission to these pagan gods.

Tattooing is prohibited because of its pagan associations. For us today, it is worth noting that the images in catalogues of tattoos you might see in advertisements are mainly to do with themes from the kingdom of Darkness. That is no coincidence.

We need to consider this verse more carefully, because it means more than piercing the body on behalf of the dead. It can mean several things. 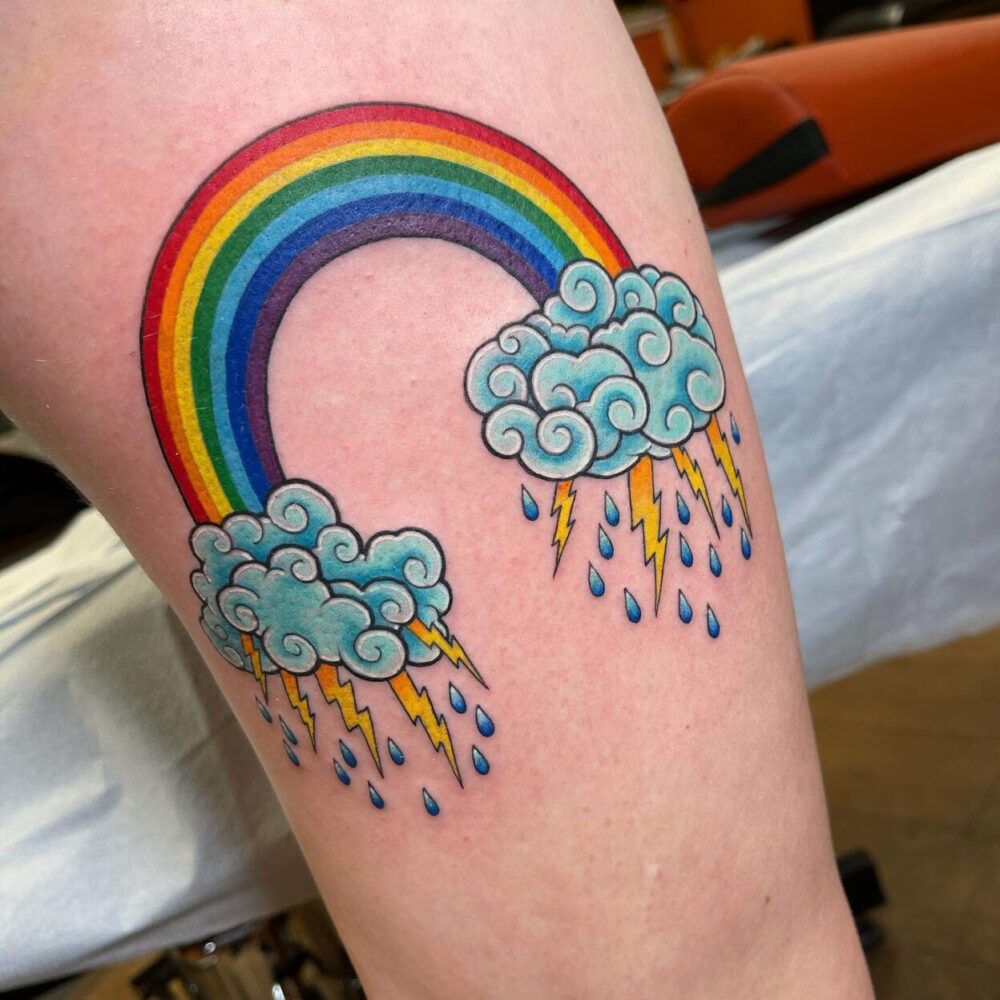 Here is an expanded translation of this verse, which takes in the literal meaning from the original language.

God cares about what we do with our body. He is the One who made it. The Bible says that our body is the temple of the Holy Spirit who lives within us, 1 Corinthians 6:19. It is to be set apart for Him, and for no one else. We are to glorify God in our body.

Which kingdom does body piercing and tattooing belong to? The kingdom of darkness! As disciples of Jesus Christ, we are no longer in that kingdom!

A choice to make

Near the end of his life, Joshua challenged God’s people about who they would submit to. In Joshua 24:14, 15, he said,

14 “So honor the LORD and serve him wholeheartedly. Put away forever the idols your ancestors worshiped when they lived beyond the Euphrates River and in Egypt. Serve the LORD alone. 15 But if you are unwilling to serve the LORD, then choose today whom you will serve. Would you prefer the gods your ancestors served beyond the Euphrates? Or will it be the gods of the Amorites in whose land you now live? But as for me and my family, we will serve the LORD.” NLT

Joshua told Israel to put away forever the gods that Jacob and his household dealt with, the gods of Egypt, and the gods of the Amorites. The LORD alone was their God. They were to fear and serve Him only. Then he challenged them to make a choice. His choice was clear; he and his household would serve the LORD, and Him alone.

Today we are faced with the same challenge. To whom will we submit? For whom have we set apart our body? Let’s make the choice that our body is for the LORD. We can repent of body piercing and tattooing right now, and He will forgive and cleanse us of that opening for witchcraft as we set our bodies apart for Him. 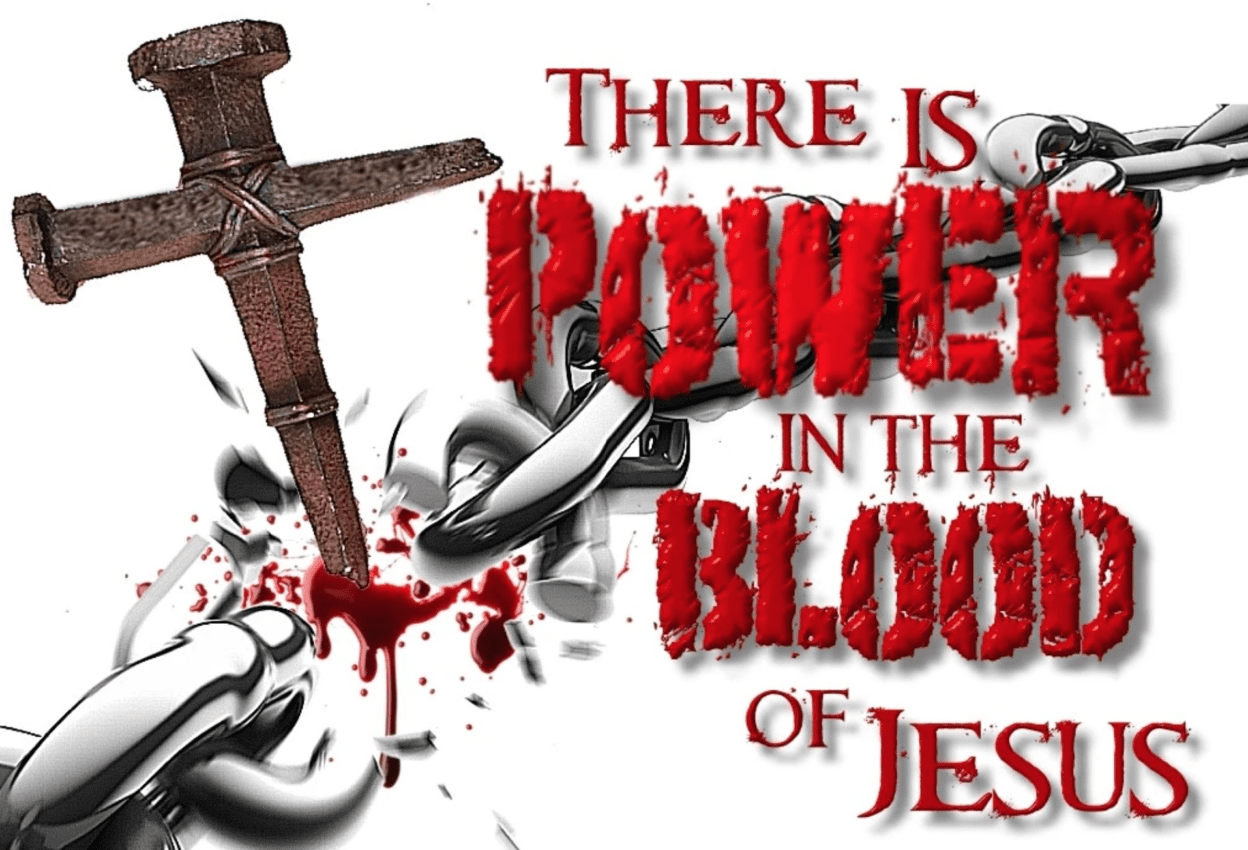 If you want to be free from the demonic that has entered your soul as a result of body piercing and tattoos.

You need to remove every charm, ring/s etc. from your body and discard them—DO NOT sell them or give them to anyone else. Throw them in the rubbish bin.

Once that has been done, pray this;

Read out aloud this prayer.

Dear Lord God, I repent of and renounce every generational sin or curse that has opened a door to a spirit of witchcraft in my family lines through body piercing and tattoos.

On behalf of my ancestors, I ask for forgiveness for those who had any involvement with tattooing and body piercing.

I repent and renounce every opening, known or unknown, I personally have given to a spirit of witchcraft through body piercing and tattooing.

Lord, I ask for your forgiveness and release from all these things. I renounce the hold of the spirit of witchcraft over my life, I break its power and command every unclean spirit that I have allowed into my soul through body piercing and Tattoos.

I refuse to allow them to steal my intimate relationship with Jesus Christ and the freedom of the Holy Spirit to move in my life.

Lord Jesus, I declare that its power over me be broken.

I thank You for Your forgiveness that You have freely given me, and I ask You, Holy Spirit, to fill that part of my life which was occupied by the spirit of witchcraft. I choose to receive a fresh infilling of Your Holy Spirit.

The Tattoos and piercings in your body need to be anointed with oil.

The oil used in Bible times was olive oil. Wipe the oil over the tattoos and body parts that have been pierced and ask God to cover them with the cleansing blood of Jesus Christ and close any open doors that they have into your soul.